Golden Retrievers are one of the most popular dog breeds in the world. Many people are quick to fall in love with them, but getting a new dog is a big decision. So, does it matter which sex you choose? What’s the difference between a male vs female Golden Retriever?

Of course, every individual dog is unique, but we’re going to look at the common characteristics of Golden Retrievers. Let’s look at the details of both male and female golden retrievers to help you decide if they’re the best breed for you. 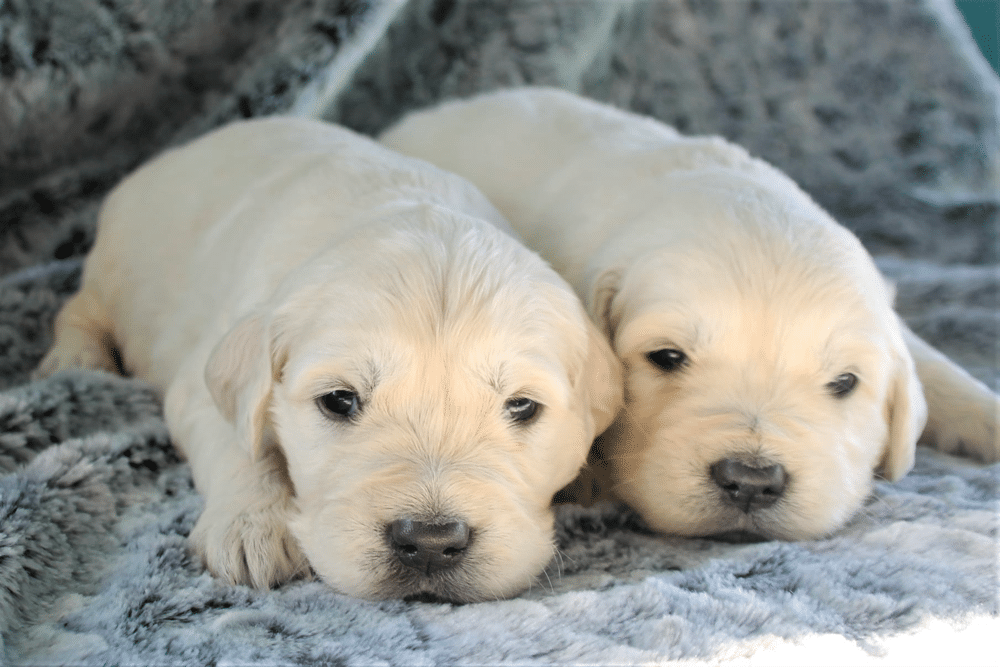 Similarities Between the Two Sexes

At first glance, you might not be able to tell the difference between male and female Golden Retrievers. They both have fluffy, golden coats that shed regularly.

Male and female goldens also have a lot of similarities when it comes to temperament. When properly trained and socialized, these dogs make great family pets. They tend to be docile and friendly, and they respond well to positive reinforcement training.

Also, a Golden Retriever’s lifespan is the same, regardless of their sex. Both males and females live to be about 10 to 12 years old.

Even though most male and female Golden Retrievers have a lot of similarities, they also have lots of small differences. Some of those differences could determine which one is a better fit for you. The following are a few aspects to consider.

Here’s an overview of the general appearance of male and female golden retrievers:

The physical appearance of the Golden Retriever’s coat and body structure isn’t too different, but their size varies slightly. Both are considered large dogs, but if you’d prefer a dog on the smaller end of that spectrum, you may want a female.

A female’s coloring could be slightly lighter. They might also have a more delicate structure with a narrower head.

How Big Does a Female Golden Retriever Get When Full-Grown?

Female golden retrievers usually stand 21 to 22 inches tall. Then, they usually fall between 55 and 65 pounds.

How Big Does a Male Golden Retriever Get When Full-Grown?

Male golden retrievers are about an inch or two taller, and their weight range falls ten pounds above the female’s. So, they stand 22 to 24 inches tall and weigh between 65 and 75 pounds.

Most female golden retrievers reach full size at about 12 to 16 months, which is also when they’re considered adults. Some dogs may take up to two years to reach their full size.

Male golden retrievers stop growing around the same time as females do, so between one year and 16 months.

Female Golden Retrievers usually mature faster than males. Thus, they grow out of their hyper puppy stage sooner, allowing them to become calm adults. Males will continue to have the energy of a puppy for at least their first two years.

So, if puppy energy intimidates you, a female is the better option for your family. Adopting a Golden Retriever as an adult is another great way to bypass the hyper stage.

A dog’s breed and gender won’t determine a dog’s personality. That aspect can greatly vary depending on the individual dog. However, in general, male Golden Retrievers tend to be much needier than females.

They’re also more likely to get separation anxiety when their humans leave them home alone. Other than that, their personalities depend on their individual traits and experiences.

Male golden retrievers are more likely to mark their territory than females, but this is true for most dog breeds. If they’re house-trained, it shouldn’t be a problem indoors, but it can be tedious on walks.

When Do Females Go Into Heat?

Luckily, if your female Golden Retriever is spayed, you won’t have to worry about the heat cycle. It’s recommended that all dogs get spayed/neutered to prevent unwanted puppies.

Male and female Golden Retrievers are both moderate barkers. Since they were bred to hunt birds, they were known to rarely bark because it would scare away the prey. So, that’s why they may not bark as much as other breeds.

Females tend to bark more often than males, but males have louder, deeper barks. Males are more likely to bark when they want attention.

It makes sense that male Golden Retrievers hump more than females, but many people forget that female dogs hump too. Golden Retrievers may hump due to sexual urges or to assert dominance. Both sexes are more likely to hump if they haven’t been spayed/neutered yet.

Spaying and neutering procedures are different for males and females. If a male golden retriever is fixed, you can tell by looking at them, but with a female, it’s harder to tell. Many vets will put a tiny tattoo on a female to indicate that she’s spayed.

Most golden retriever owners spay/neuter their dogs if the dog wasn’t already fixed. Spaying and neutering is a great way to ensure that your dogs don’t accidentally contribute to the dog overpopulation problem. Dogs who are fixed are often healthier and have fewer behavioral problems too.

Even though the procedures are slightly different, the recovery time is about the same. Your dog will need to take it easy for about two weeks while the incision heals.

When to Spay a Female Golden Retriever

You should wait until your female golden is at least six months old before spaying her. Seven to eight months old is the norm, but some dog parents choose to wait until one year old. If you’re unsure, talk to your vet about the best time for your furry friend.

When to Neuter a Male Golden Retriever

Males also shouldn’t be fixed until at least six months old. Between six and nine months is most common, but some dog owners wait a little longer. For both sexes, you’ll need to monitor your dog closely around other dogs if they’re not fixed, which is why spaying/neutering sooner is often better.

Golden Retrievers are thought to be one of the smartest dog breeds out there. While both males and females can be intelligent and easy to train, it’s suggested that females are smarter since they mature sooner.

Even though this breed isn’t commonly used as a guard dog, they can still protect their owners. Males are bigger and have louder barks, but it’s likely that the females are better protectors. Females are usually more hesitant around strangers, which is why they’d be the ones to scare off a burglar. They’re more likely to bark at unfamiliar people while males are more likely to bark for attention.

Even though there are many slight differences between male and female Golden Retrievers, they’re both excellent companions. They’re playful, cuddly, and friendly. If you’re looking for a smaller, more mature golden, a female might be ideal for you. However, those looking for bigger, more energetic dogs might lean toward a male. It’s up to you!

Where Can You Find a Golden Retriever?

Golden Retrievers can be found at shelters and rescues just like any dog. So, start there when looking for a new companion. However, this breed is consistently in high demand, so goldens often get adopted right away. Males and females are equally common.

If you want a Golden Retrievers from a breeder, be cautious. There are a lot of inhumane breeders out there that care more about money than a dog’s well-being. Before buying a puppy, make sure you can meet the pup’s parents and see where the dogs were bred. If the breeder comes up with excuses or is unable to answer specific questions, get a dog elsewhere. Avoid buying puppies from pet stores and online breeders because those rarely come from a healthy environment.

How Much Do Golden Retriever Puppies Cost?

Golden Retriever puppies can cost anywhere from $700 to $3,000, but in some cases, the price can fall slightly above or below that range. Keep in mind that higher prices don’t always mean the breeder is better. The prices for males and females are usually the same.

Is A Golden Retriever Right for You?

If you’re looking for a friendly, family-oriented dog, then a Golden Retriever might be ideal for you. However, not every dog fits their breed stereotypes perfectly, so it can often be more beneficial to choose a dog based on personality, not breed.

Sometimes, the perfect dog is one that you wouldn’t have expected. Golden Retrievers are amazing companions, but be sure to keep an open mind when looking for a new family member. Both male and female Golden Retrievers could be a good choice for a loving home environment. 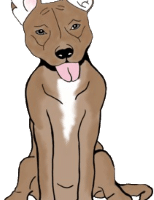